Sign up for InsideCCA e-alerts and be informed of the latest happenings at CCA. 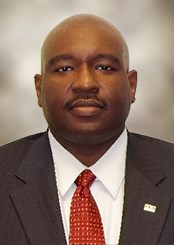 Charlie Peterson was named warden at Metro-Davidson County Detention Facility in 2017. He most recently served as warden at CoreCivic’s Correctional Treatment Facility. Prior, he served in roles as the warden and assistant warden at North Georgia Detention Center. Mr. Peterson joined CoreCivic in 1995 at Metro-Davidson County Detention Facility in Nashville, Tenn., and quickly promoted through the ranks. Positions held by Peterson include: correctional officer, assistant shift supervisor, shift supervisor, administrative captain, acting program manager, facility investigator, assistant chief of security, and chief of security at David L. Moss Criminal Justice Center in Tulsa, Okla. Charlie also served as Assistant Warden at both Torrance County Detention center from 2004-2006 and Stewart Detention Center from 2006-2008. He also served eight years on the CoreCivic Special Operations Response Team (SORT) and was the CoreCivic SORT coordinator for Divisions II and IV. Charlie Peterson holds a bachelor’s degree in sociology and a master’s degree in organizational management with a specialization in human resources.


An intensive faith-based mentoring program at CoreCivic's Metro Davidson County Detention Center in Nashville, Tenn., shows inmates they're not alone. The program helps inmates learn from the past … read more


CoreCivic’s Metro-Davidson County Detention Facility has donated more than 8,000 refurbished wheelchairs to people in need all over the world — all thanks to the hard work and dedication of our … read more

CoreCivic Volunteer Goes the Extra Mile to Help Inmates Practice Their Faith
April 25, 2017
As we celebrate National Volunteer Week (April 23-29), CoreCivic would like to thank the 2,700 volunteers and their organizations who work tirelessly in our facilities to help prepare inmates to … read more

Speaking Change: Healing and Hope in the Spoken Word
March 27, 2017
Yvette Snowden believes in the power of words. As the librarian at Metro-Davidson County Detention Facility in Nashville, Tenn., she shares good literature with the offenders she serves.

A Team Approach to Reentry
April 22, 2016
CCA facilities across the country offer reentry training and education, ensuring offenders are ready to become productive members of society. That’s our pledge to each other and our communities.


For inmates, the date of their release is usually top-of-mind. But closely behind release is the question, “What’s next?” Job readiness programs help inmates who are nearing release answer that … read more

Transforming Trash into Treasure
March 26, 2015
In the right hands, a piece of trash – like a potato chip bag, a candy wrapper or a discarded magazine – can become something beautiful.

Coming Up Next…
December 23, 2014
Don't change that channel! CCATV is coming your way as you've never seen it before.

CCATV was piloted in 2010, when the company installed flat-screen monitors in high-traffic areas in facilities to … read more

All in the Same Boat
October 27, 2014
For the past three years, CCA has participated in the Dragon Boat races at the annual Cumberland River Dragon Boat Festival in Nashville, Tenn.

Two years ago, someone from outside the CCA family, … read more

Dedication. Passion. Service.
October 27, 2014
“A blessing beyond imagination,” “competent and committed,” and “great role models” are a few of the ways volunteers Rodger Monette, Leo Vath, and Pastor David Baldwin and Cheryl Baldwin are … read more

CCA Functional Area Review: Going FAR with New Ideas
October 22, 2014
To be successful in the partnership corrections industry, CCA is continuously evaluating the work we do and embracing the idea that, as a company, there are always opportunities to improve and grow. … read more

Making the Journey Together
October 13, 2014
Terry Kinnaman, addictions treatment manager at CCA Metro-Davidson County Detention Facility, has worked in a variety of treatment programs, from detox units to outpatient care. Although the field … read more